In my last post, I left off at Saturday night. Saturday night was when folks at the show started seriously wondering about Hurricane Sandy. One designer got a call Saturday canceling his Sunday flight, and all of a sudden everyone who had to fly back to the East Coast on Sunday or Monday started worrying about whether they ought to leave early lest the airports be closed.

I had a class Sunday morning until noon (more lovely students!), and my flight wasn't scheduled to leave until 7 p.m. Because Philadelphia wasn't supposed to get hit as hard as NJ and NY, I figured there was a decent chance I would make it on that flight. (I was also skeptical that there would be any seats on flights leaving earlier Sunday afternoon.) I had a lecture from 3 to 4, and had planned on leaving right for the airport--only to learn just before 3 o'clock that my flight, too, was canceled. There were some panicked calls and some rooting around for hotel rooms, but things got worked out, and I was given a new room to check into at the same hotel.

At this point, the trip started to get a bit surreal. The show was over, but several of us were stuck for at least another night or two, and some of the folks who taught on Sunday had planned to stay another night anyway, and leave on Monday. I met up with a bunch of wonderful people in the hotel bar, like the amazing Fiona Ellis, modeling her Soakworthy fingerless mitts with matching nail polish. 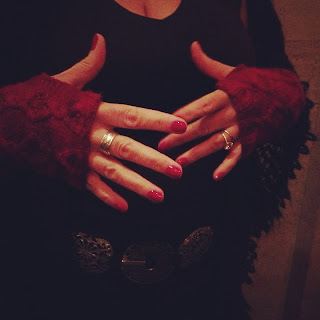 We ended up having a really fun dinner with Franklin and his partner Tom, Fiona and her husband Rob, Brooke Nico, and Josh Bennett. We went to an Irish place out by Franklin's apartment, where the food was amazing and we were treated like royalty. 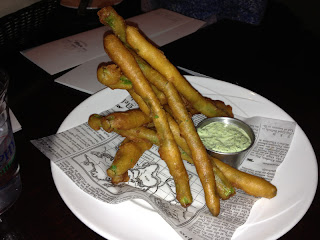 Hmm. Not sure that my photo of fried asparagus really reproduces how tasty it was!

My flight was rescheduled for Tuesday, but there was a lot of uncertainty about whether the East Coast airports would even be open at all. But that left me with a free Monday in an amazing city. Since the Art Institute was only a block and a half away, I headed over there bright and early Monday morning. 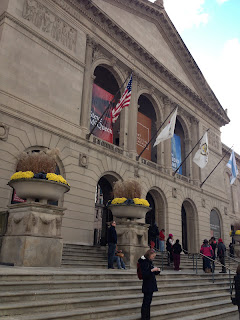 What a rare pleasure, to spend a day wandering around a spectacular collection of art. There were so many iconic works, including a phenomenal set of Impressionist works, 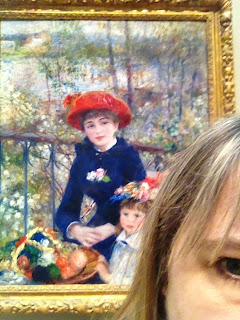 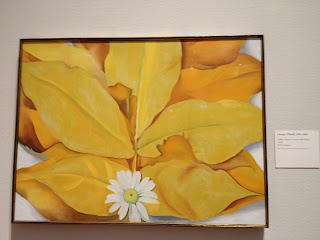 some Georgia O'Keefes, American Gothic, a wing full of modern art, all sorts of great paintings. 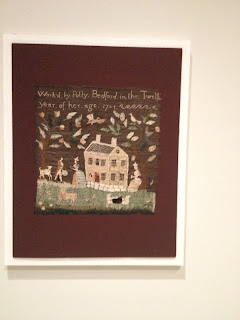 I zipped through a special exhibit featuring colonial needlework, like the above sampler, and lots of quilts, 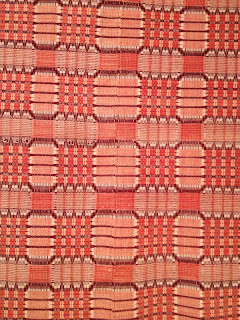 and saw beautiful pieces of furniture 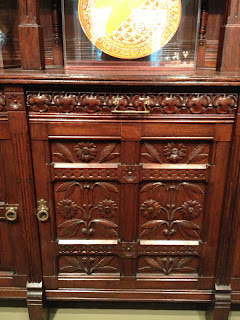 and fragments from architecture and Tiffany lamps and all sorts of things to lift one's spirits. Even the day itself was bright and autumnal and breathtaking. 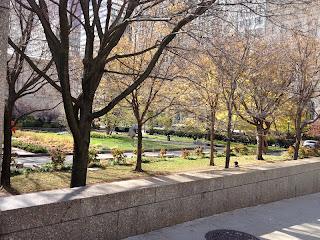 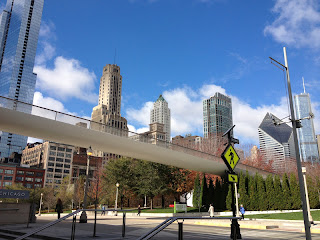 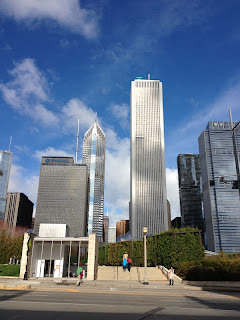 My flight on Tuesday was canceled in due course, and I was rescheduled for a Wednesday morning flight. Tuesday, I must confess, was a much less relaxing day for me. I really started to miss my family and the stress of being stranded far away, while so many awful weather-related things were happening on the East Coast, was getting to me. I was lucky to have dear friends around me (or a few clicks away) to help distract me (Thanks, T.M., K.V. & K.E.!)

Instead of moping around the hotel on Tuesday, I took another "field" trip. I went to see the Field Museum (see what I did there?) which is a museum of natural history. It was a brisk walk and the day was cloudy and chilly. 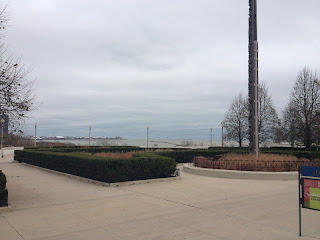 I did enjoy the walk, though, since I got a peek at the lake and got to see more of the downtown area. 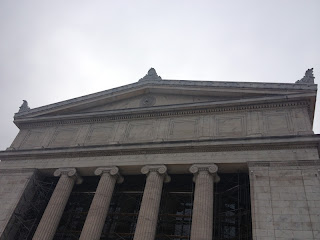 The Field Museum was wonderful in a different way. How can you not love a huge dinosaur named (of all things) Sue? 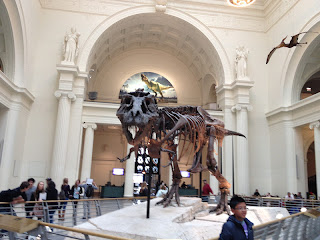 There were all sorts of textile-related things to pique my curiosity, from a brief exhibit on fashion 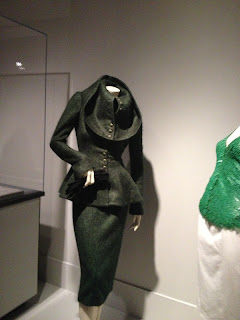 to Native American beadwork to Tibetan clothing and more! 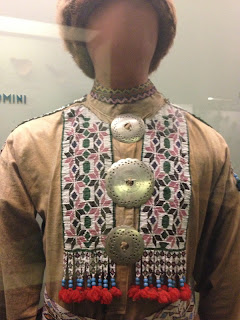 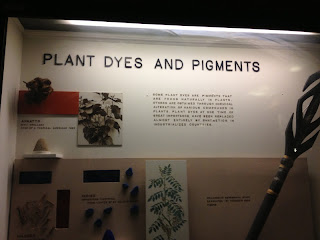 I was captivated by an amazing collection of gemstones and jewelry, too. Eventually I went back to the hotel, took a nap, and then obsessively checked the USAir website to see if my Wednesday flight had been changed.... 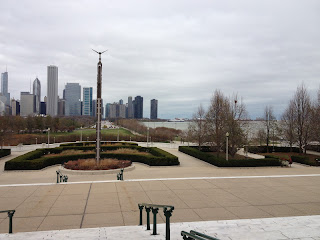 I was up at the crack of dawn on Wednesday and my flight was still on, so I ventured onto the Blue Line 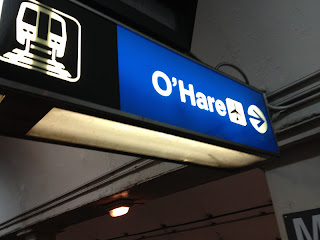 and joy of joys, my plane took off exactly on time, and arrived a few minutes early. 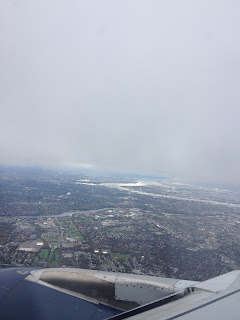 All in all, I felt very lucky. I got home as quick as humanly possible; I had a lovely hotel in which to stay and had dear people around me; and I even made it home in time for the twins' Halloween parade.

However, I am deeply sad and concerned about the devastation that Hurricane Sandy has wrought on so much of New York and New Jersey. I hope you'll join me in doing whatever you can to help, whether it's donating blood or dropping off supplies to a collection point or making a financial donation to the Red Cross or another organization or fostering or adopting a displaced pet.  In addition to making my own donation, I'm going to be donating 10 percent of all sales for the month of November on the Black Bunny Fibers ArtFire site to the Red Cross for Hurricane Sandy relief.

Carol, the ArtFire link does not seem to work. It just takes me to my home page. What is the name of your site there?

Thanks so much for letting me know! I just updated the link in the post: my shop is http://www.artfire.com/ext/shop/studio/blackbunnyfibers

"blackbunnyfibers" all one word
Thanks again!

I'm so glad you made it home safely (and I absolutely want to eat that fried asparagus).