They say that time is a great healer, and like many cliches, it's a cliche because it's so often true. It's been about 2 1/2 years since my father died, and it's become easier and easier to focus on the good memories of him. The other day, my oldest kid was playing the piano and my heart stopped for a second: it was Chopin's Raindrop Prelude, which was my father's favorite piece by his favorite composer. He used to say that because the prelude was inspired by the notion of raindrops falling on a dead person, he wanted the song played at his funeral. (He was Little Miss Sunshine, sometimes, eh?) 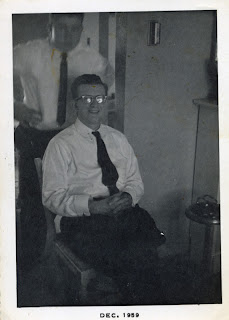 Great post Carol! It made me think of my Pop, who has been gone for 16 years. He was born in 1918, so he started out with horses, and ended up a mechanic. Thanks for stirring up the great memories.