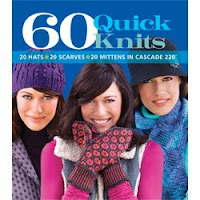 The concept of the book is brilliant: Cascade 220 is one of the most popular yarns around, regularly at the top of Ravelry's "Most Popular Yarns" ranking and carried in yarn shops all over the country. It's an extremely versatile yarn, knitting at 4.5 to 5 sts per inch, it's well-priced, it's 100-percent wool, and it comes in a gazillion colors -- including variegated and heathers. There's even a superwash version. Tanis has collected 60 patterns that all use Cascade 220. And the patterns are all for scarves, mittens/gloves and hats, some of the most popular items to make, wear and give. So let's take a look inside. 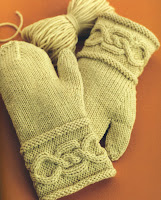 Cabled-Cuff Mittens by Cheryl Murray
60 Quick Knits is a paperback, about 160 pages, full-color. The book contains a brief introduction, telling readers about Cascade 220's background, a one-page "Things to Know" section, containing abbreviations and suchlike, and then jumps right into the patterns. There are twenty patterns for hats, twenty for scarves and twenty for mittens/gloves/gauntlets, and there are no chapters -- just pattern after pattern. One of the nice things about the book is that there is something to tempt just about any knitter. You'll find simple, easy patterns for newbies, like basic stockinette hats and ribbed gauntlets, as well as more complex patterns for adventurous knitters, including cables 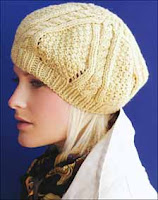 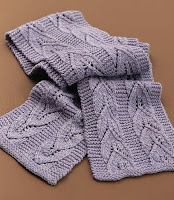 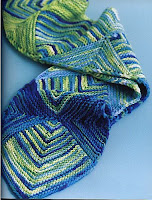 Mitered Scarf by Amy Polcyn
and more. Personal favorites of mine are these colorwork mittens 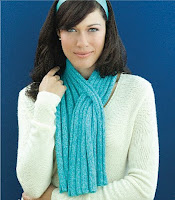 and this clever Cable Brim Tam. 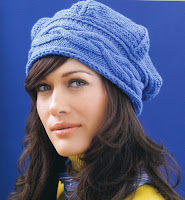 Cabled Brim Tam by Therese Chynoweth
Will you vomit copiously if I engage in shameless self-promotion by pointing out that I have two hat patterns included in the collection? One is the Scalloped Edge Beanie 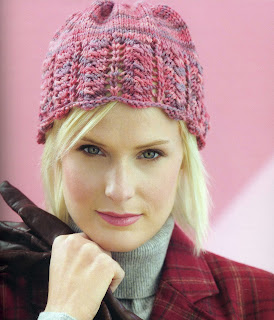 and the other is the Ribbed Pillbox 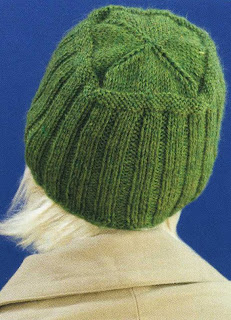 As with any pattern book, it's all a function of taste. Checking out the photos will give you a sense for whether these patterns work with your taste, although given that you can easily find this book for twelve dollars, it's hard not to beat approximately twenty cents a pattern even if you don't like them all.

In other respects, the book contains exactly what you would expect: mainly one-size patterns (given that items like scarves and hats are so flexible in fit), charts where necessary (black and white charts for textured/cable patterns, color ones for stranded and other colorwork), clear photos of the garments with close-ups of the stitch patterns. 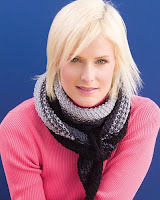 Striped Graduated Scarf by Jean Suzuki
For under twenty bucks (and depending on where you purchase, well under fifteen bucks), 60 Quick Knits gives you a whopping sixty patterns in an extremely versatile yarn (one that is easy to substitute for if for some strange reason, you just used up your last ball of Cascade 220 but have other worsted-weight yarn in your stash), with a variety of styles and techniques, at skill levels ranging from basic to adventurous. How can you beat that? And if you are someone who knits for charity or likes to knit gifts for others, this book would be an excellent way to play around with some new patterns.
Posted by Carol at 6:32 AM

I really like the scalloped edge beanie and did so even before noting that you designed it, so no copious vomiting here. Well done!

I didn't know you were one of the designers! I love the Pillbox Hat. Loved the entire book, actually, and have already knit a couple things out of it. I'm also planning on giving it to a couple of novice knitters since I think it the range of patterns will be really useful to them.

Brag on yourself, girl! That's pretty awesome to have TWO patterns in a book. Congrats! I'm going to buy it and hope I can get your autograph some day. Really looks like there's something for every skill level. Can't wait to get my hands on it.