Since I managed to cap off 2011 by catching a stomach bug from one of my kids -- a nasty one that's left me feeling exhausted and still a little queasy nearly a week later -- I've had some time to mull over the past year. (One thing I've noticed that is a sure sign of impending senility is the way in which, when I go to look back over a year that's ending, I find myself hopelessly confused about whether things actually happened in that year, or whether they happened two or three or even more years ago.  Something about having kids has irrevocably skewed my sense of time. I wondered for a minute whether 2011 was the year that Michael Jackson died, and was horrified to realize it was 2009 -- two years ago.  WTF, people?)

One very convenient thing about writing a blog is the ability to go back over one's posts and get some verbal snapshots of what was going on at my life at different points in time.  So I looked over the blog posts I've written in the past year to help put my wonky mental time line into perspective.  In retrospect, 2011 was an incredibly eventful year for me, and when I step back and think about what happened in the wider world, it was a pretty eventful year period.  I hate to resort to the cliched "it was the best of times, it was the worst of times," although the sheer number of wonderful and awful things that happened makes it tempting.  On the awful side, in addition to some personal stuff I won't go into here, consider:

On the good side, consider how happy Satan is, having called home three of his favorite sons in 2011:  Osama Bin-Laden, Muammar Ghadaffi and Kim Jong Il. (Delaware folks might also add Tom Capano to that list; I'd nearly forgotten that that murdering bastard died in prison this September.)  Remember the Arab Spring, affecting Tunisia, Egypt, Libya, Syria; the Occupy movement, which if nothing else began a badly-needed conversation about the role of money in American politics; the official end of Don't Ask/Don't Tell; the continued acceptance of gay marriage and its legalization in New York; and the withdrawal of US troops from Iraq.

At the top of the list for us was a new cousin. After a heartbreakingly difficult pregnancy, lovely Lily was born in January to my godson and his lovely wife.  This photo is a few months old but she is healthy and gorgeous and showing no ill effects from her prematurity.  Hurrah! 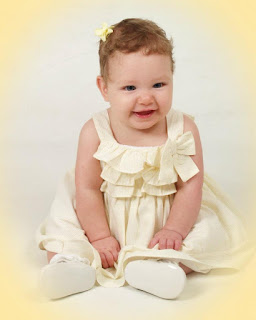 I was extremely fortunate in my professional life this year. I started off 2011 by getting to participate in the very first VK Live in New York City and it was fabulous.  (I'm happy that I get to start 2012 off with VK Live -- and there are still spaces available in my Monday classes -- go here for details.) Indeed, ramping up my teaching schedule was one of the most notable aspects of this year for me, and I greatly enjoyed teaching in local yarn shops like Loop & Gosh Yarn It!; smaller knitting shows like the Midwest Fiber & Folk Art Fair; and big shows like VK Live in New York and Los Angeles, and Stitches East in Hartford, CT. 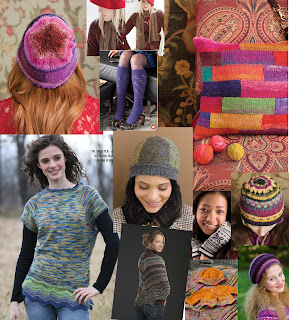 I had a lot of fun dyeing and designing, and although I managed to crank out a respectable number of designs in various publications, and do some more technical articles, too, much of the year was subsumed by the process of working on my third book. I could not be happier with the way it's coming along and I can't wait to be able to tell you and show you more about it in the coming months.  Publication date is set for October 2nd.

And one last creative note, 2011 was the year I totally lost my head over quilting, finishing a whopping six quilts, and assorted other sewing projects.  (Once I started knitting for a living, I had to find a new hobby.)

As the year ticks away, though, the most cherished memories I have from 2011 are the times I spent with the people I love.  Whether it was a raucous night at a Phillies Stitch-n-Pitch, a quiet summer stay with the kids at my mom's, a fiber event that had me surrounded by my people, a ribald Facebook chat, or a mellow night with my husband and kids (and bunny), the times I'll try to never to forget are those. And I consider myself extremely lucky to have met so many beautiful new people who have become friends.

We are all healthy and here, with a roof over our heads and food on the table and way more in the way of material and non-material blessings than most people in this sad world can imagine.  For that I consider myself unaccountably fortunate.

Ditto with the stomach bug at the end of the year. Spent yesterday in hospital getting fluids pumped into me. >_<
End of the year is a good time to count your blessings.
Happy New Year!!!

Fantastic summary! Glad to have been part of the gang following you all year!

Add to my list, the opportunity to get to know some wonderful new fiber friends and talents like you!

Happy new year! Thanks for the thoughtful recap. :) On a weird side note, I think your godson went to grad school with my husband! Lily is adorbs.

Thanks for the summary of the past year's events. I also liked the info about yarn in your last post. I had no idea that some wool companies were out of business!!

Dear Carol, regardless of what year comes and goes, it's a happy one as long as you are my friend. Love you, sweetie!