Yesterday was Columbus Day in the U.S. (Happy (belated) Thanksgiving, Canadians!) and the kids had no school. The chill in the air made it a perfect day to go to the pumpkin patch. 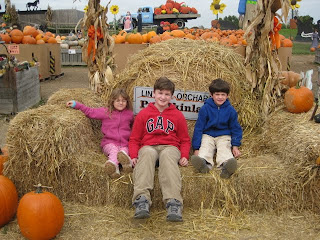 We started out by picking apples; only Granny Smith were left, but that's okay since they're good cooking apples. 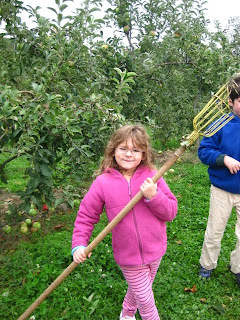 The most popular aspect of the apple-picking was the stick with a claw on the end of it, to get the ones on the highest branches. 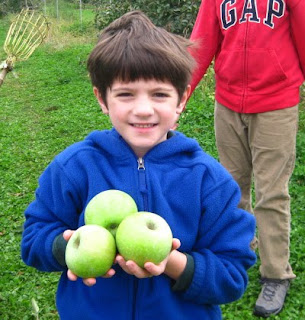 Then it was over to Pumpkinland, a massive display of pumpkins and other gourds, 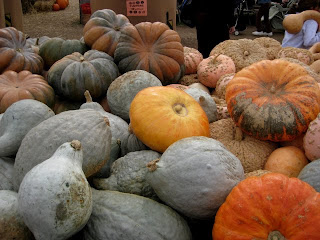 as well as various Halloween decorations ranging from the typical 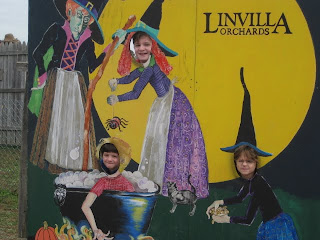 (there is a comment to be made about my daughter appearing as a witch, but I am not the one to make it) to the terrifying (Dr. Mel, say it isn't you!): 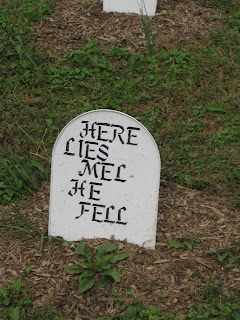 After we picked up some small pumpkins for decorating, 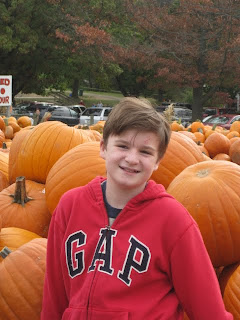 we walked through the petting zoo, and saw sheep 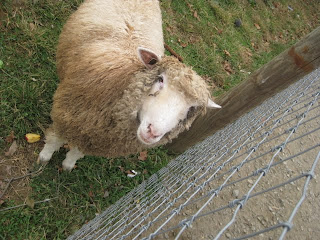 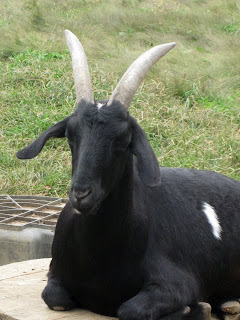 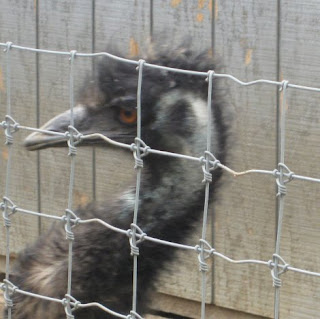 We then spent some time on the large playground, and returned home happy. 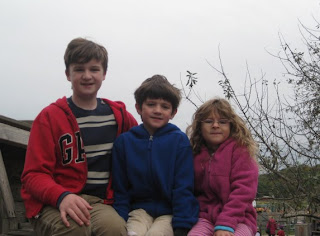 P.S. Among the decorated pumpkins, we saw this: 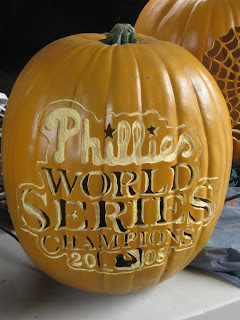 What a beautiful goatie- thank you! Did he properly stalk you for snacks?

Lifelong Yankee fan here (married to a Dodger fan!), so I say that it is definitely *not* an omen :-). The last time the Yankees played the Dodgers in the WS was in what I characterized as the Paleolithic era (e.g., when DH was about 5 years old), so we'll see what happens in the next round. That was some game last night.

I had thoughts about your little girl as the witch, but...

PS - word is "lotomoti", as in (everybody sing) "everybody's doin' a brand new dance now, c'mon baby do the lotomoti!"

I love, love, love Linvilla. We have a Dutch Apple pie in our fridge right this minute.

oooh, what are you going to cook with the apples? i was dreaming of baking apple crisp on the way to the office this morning...

Out of lurkdom to shout "Emu!". The contrast between an iconic American event and an iconic Aussie animal made me smile.

May I borrow the claw-stick? My kids always send me up the tree to pick apples for them.